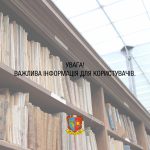 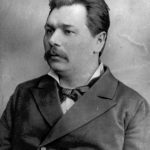 The library’s holdings today comprise more than three million books, 120,000 of which are unique old printed books and manuscripts, the oldest of which dates from the 13th century. The funds are divided into seven structural groups:

The library saved many unique books and manuscripts. In particular, the holdings of the library include books from the personal library of the French Cardinal Mazarini, the French King Louis XV, the Polish King Sigismund II, Hetman Ivan Mazepa.

At the end of the eighteenth century, the university’s scientific library was the only state depository of the documents of the Commonwealth, and with the liquidation of state and church institutions, documents and books were transmitted here. At that time, books from the 147 abolished monasteries, including those from Skit Maniavsky, were included in the book collection.

Since 1807, the library has received a compulsory copy of periodicals and scholarly publications appearing in the territory of the state. This rule was in force until 1939. That is why the periodical fund in this library is the largest in Ukraine.

During the Austrian period, in the history of Lviv, the library was staffed with receipts from all over Austria-Hungary.

We use cookies to ensure that we give you the best experience on our website. If you continue to use this site we will assume that you are happy with it.Ok